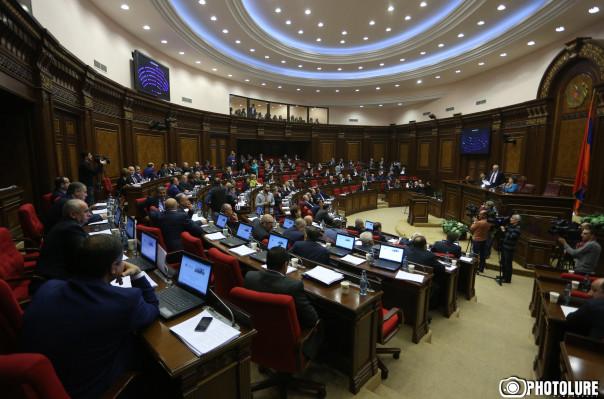 Armenia’s Parliament continued discussing the 2017 draft budget on Friday. Members of parliamentary factions made speeches. The speakers representing the factions of the Rule of Law, Armenian National Congress and Prosperous Armenia parties said their factions would vote against the 2017 draft budget. On the other hand, the Armenian Revolutionary Federation Dashnaktsutyun (ARF-D) and the ruling Republican Party of Armenia (RPA) will vote for the draft. The Heritage party MPs did not speak at the discussions. Heghine Bisharyan, an MP of the Rule of Law party, said that the 2017 draft budget shows the economic situation will not change next year. So the faction cannot vote for the draft. Armen Rustamyan, the head of the ARF-D parliamentary faction, noted that. Despite being conservative, the budget could show the minimum results. “I think the budget will prove sufficient to implement the programs that require more will than expenses,” he said.