Mourinho: I’m so happy for Mkhitaryan 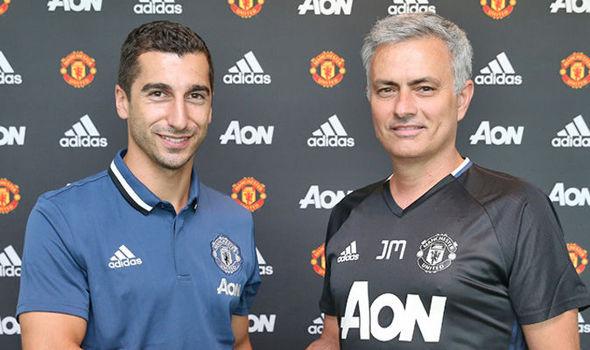 After the EFL Cup quarterfinal win over London’s West Ham United on Wednesday, Manchester United (a.k.a. Red Devils) manager José Mourinho also reflected on the match performance by Red Devils’ midfielder Henrikh Mkhitaryan. “I’m so happy [for Mkhitaryan] because today was against a Premier League team with Premier League qualities with Premier League characteristics,” The Daily Mail newspaper of Great Britain quoted the Portuguese football specialist as saying. “That showed clearly his evolution. Against [the recent match with] Feyenoord we could think ‘OK it is a different profile of football’ but today was against a proper and typical Premier League team and Micky could perform this way. So I’m really happy. “We know the reason why we bought him and we were waiting for his adaptation and it looks like it’s coming.” As reported earlier, in this match that was played in Manchester, captain of the Armenia national football squad started for the Red Devils, played 90 minutes, and had two assists. And as a result of an online voting on the Man United official Twitter account, Mkhitaryan was recognized Man of the Match. The Red Devils won this game by a score of 4-1.