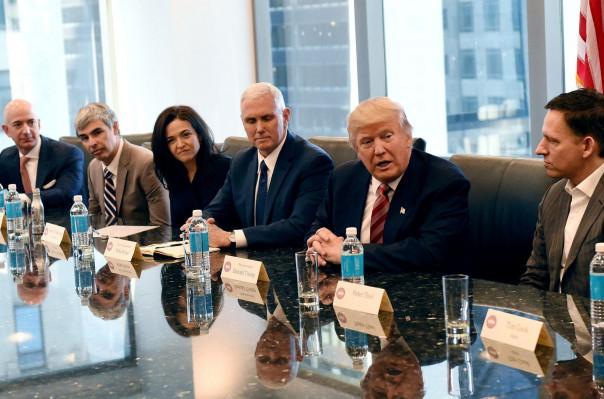 A group of 97 US tech companies have filed a legal document stating that President Trump's immigration ban affects their operations and "inflicts significant harm" on business, the BBC reports.

The 97 signatories include Apple, Facebook and Microsoft but not Amazon or Tesla.

The document is an amicus brief, which allows parties not directly involved in a case but who feel they are affected by it, to give their view.

It was filed in Washington on Sunday.


Mr Trump's executive order halted the entire US refugee programme for 120 days, indefinitely banned Syrian refugees and suspended permission to enter the US for all nationals from seven Muslim-majority countries.

There is currently a nationwide temporary restraining order in place, which was issued on Friday by a federal judge in Washington.

Visa holders from Iraq, Syria, Iran, Libya, Somalia, Sudan and Yemen will be allowed to enter the US until the full case has been heard.

The president says national security is at risk as a result.

"Of course, the federal government can and should implement targeted, appropriate adjustments to the nation's immigration system to enhance the nation's security," reads the tech group's brief.

"But a broad, open-ended ban - together with an indication that the ban could be expanded to other countries without notice - does not fit the goal of making the country more secure. Instead, it will undermine American interests."
loading...
Փակել