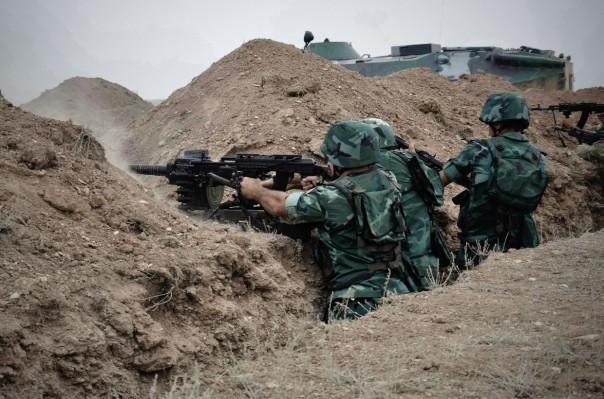 According to a press release by Nagorno-Karabakh’s Ministry of Defense, the adversary kept eastern defense posts under fire from 5:00pm until 6:50pm, shooting bullets from the 85mm divisional gun D-44. Azerbaijan’s armed forces also used mine-launchers of different calibers to shoot fire in both the eastern and northern directions (Talish) of the frontline. A total of 46 mines (22 from cannons and 24 from mine-launchers) were shot as of 9:00pm Tuesday.

In its official statement, the Ministry blames the Azerbaijani authorities for the continuing armed tensions, laying the entire responsibility for further consequences on the country’s politico-military leadership. The Ministry promises to undertake disproportionate action in case of further aggression to defend the country’s state borders.