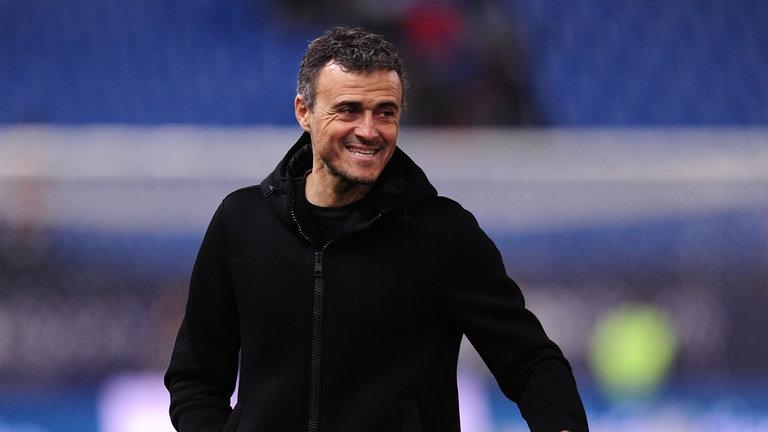 Barcelona boss Luis Enrique is excited that his side have the chance at equalling history as they booked another Copa del Rey final spot.

A 1-1 draw with Atletico Madrid at the Nou Camp sent them through 3-2 on aggregate and gives them the opportunity to win the tournament in three successive seasons for the first time since the early 1950s.

Luis Suarez opened the scoring but was later sent off while Sergi Roberto also saw red for Barca, who hung on to a draw after Kevin Gameiro levelled for Atletico.

Enrique told the club's official website: "We are a winning club and the fans are always up to the job.

"On a day like today they have put pressure on our rivals. We want to dedicate the Copa del Rey to the fans because they have been fundamental in us getting through the tie.

"We are in the final again and we will enjoy it.

"It's been a tough process and all our opponents have caused us problems.

"The team knew how to soak up pressure and the fan as well. We had a bit of luck today but we deserve to be in the final over the two legs of the semi-final."

"They had chances to score, made good judgements, pressed well and sought to harm the rival. I leave feeling proud.

"The team put their souls and hearts in the match. We played the qualifying round with passion. We were eliminated, but with our heads held high."